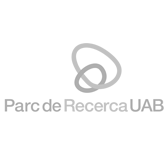 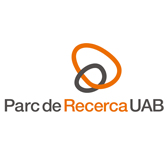 How to reach us

CSIC premises involved in NFFA are located in the UAB campus in Bellaterra, on the outskirts of Barcelona.

HOW TO REACH Bellaterra/Cerdanyola FROM Barcelona-El Prat AIRPORT

Barcelona-El Prat Airport is located south-west of the city of Barcelona. You can find more information at www.aena.es/en/barcelona-airport/public-transport.html

There is no direct connection by public transport, other than taxi, from the local airport to the UAB campus (Bellaterra/Cerdanyola). Anyway, you can easily reach it by going first to Barcelona downtown as explained in the following sections. Those directions will serve you also in case your accommodation is in Barcelona downtown. In any case, the most balanced option in terms of time and cost for traveling from the airport to UAB campus is using the Aerobus to go to Plaça Catalunya and take there the Ferrocarrils de la Generalitat de Catalunya (FGC) trains until ‘Universitat Autònoma’ station. It will cost you about 10€ and take you 1h30' to reach CSIC premises.

The UAB campus at Bellaterra/Cerdanyola is reachable directly from the airport by taxi. It is a 30min and 60€ ride.

L9 Sud metro line connects the airport to ‘Zona Universitaria’ station in 35 min every few minutes. There you can take with the same ticket another metro to Barcelona downtown (15 extra minutes): ‘Plaça Catalunya’ (L3). The Airport ticket between the airport and the rest of the metro network costs 4,50€. More information at www.tmb.cat/en/home

Aerobus A1 and A2: ‘Plaça Catalunya’ - Airport (terminals T1 and T2). Bus service between terminal T1 and T2 and Barcelona downtown every 5 minutes at peak times, every day of the year. It takes 35 min stopping at strategic points in the city. It costs 5,90€. www.aerobusbcn.com/en

Only Barcelona airport Terminal 2 is linked by train to Barcelona downtown. You would need to take the frequent internal airport shuttles to go there from Terminal 1.

Every 30 min Renfe R2 line will take you to ‘Barcelona Sants’ station in 20 min or ‘Passeig de Gracia’ station in 26 min (4,10 €, four zones). You can reach ‘Plaça Catalunya’ or ‘Barcelona S. Andreu Arenal’ from Barcelona Sants by other Renfe lines (R3, R4) using the same ticket in 5-10 extra minutes. If you plan to complete your trip to ‘Cerdanyola Universitat’ station by Renfe trains (see next section) you do not need any additional train ticket.

HOW TO reach Bellaterra/Cerdanyola from Barcelona downtown (Plaça Catalunya station)

All trains from S2 and S55 lines stop at ‘UniversitatAutònoma’ Station. The trip from Barcelona (‘PlaçaCatalunya’ Station) is about thirty minutes with trains leaving every 10 minutes. You can check timetables on www.fgc.cat. A ‘Two Zones’ FGC ticket (3€) is needed. Hotel Campus and CSIC premises can be reached on foot from the station in less than 15 minutes.

R7 linelinks ‘Barcelona S. Andreu Arenal’ to ‘Cerdanyola Universitat’ station. The journey takes about twenty minutes, with a frequency of thirty minutes. You can check timetables on the web. A ‘Three Zones’ Renfe ticket (3.4€) is needed (unless you are already coming by Renfe from the airport). ‘Barcelona S. Andreu Arenal’ can be reached from ‘Plaça Catalunya’ in ten minutes by other Renfe lines (R3, R4) using the same ticket or by metro (a different single ticket will be needed (2,15€)). Shuttle buses (2.15€) connect in a few minutes the destination railway station to main Campus buildings including CSIC premises (‘Ciències-Biociències’ stop, L1 or L4) and Hotel Campus (‘Vila Nord’ stop, L2 or L5). For CSIC premises you can walk 15 minutes instead of taking the shuttle.

There are several bus lines that connect many towns in the province of Barcelona to the UAB campus. You can view itineraries and timetables on www.uab.cat/accessibilitat-transports/.

The trip to the UAB Campus takes 20-30 minutes and costs approx. 30€ from Barcelona city center. You can check here an approximate fare.

Note: If you are going to commute frequently between Barcelona downtown and UAB campus, you may consider buying a ‘Two Zones’ TMB T10 card (ten trips) for about 20€. Any of those trips will well serve you for all transports needed during two hours: buses, including UAB shuttle. Be aware this is not the case for TMB single tickets!