Current conduction mechanisms, including electron mobility, drift velocity and electrical break-down have been investigated in MBE-grown InN layers at the Foundation for Research and Technology Hellas.
View of the InN resistor after applying destructive electric pulse.

(GaN)/InN samples were grown in a Molecular-Beam Epitaxy (MBE) system equipped with nitrogen RF plasma source. A careful preparation of the growth chamber/vacuum and the source materials was employed to limit the incorporation of unintentional donor impurities, such as oxygen atoms, in the InN layers. GaN buffer was MBE grown on a commercially available high-resistivity GaN-on-sapphire template, followed by an InN film. An optimized InN growth process was carried out, according to the results of our previous InN MBE investigations.

The InN films were initially characterized by conductivity and Hall Effect measurements ranging from room temperature (RT) down to 20 K, by high-resolution X-ray diffraction (HRXRD), and by photoluminescence (PL). 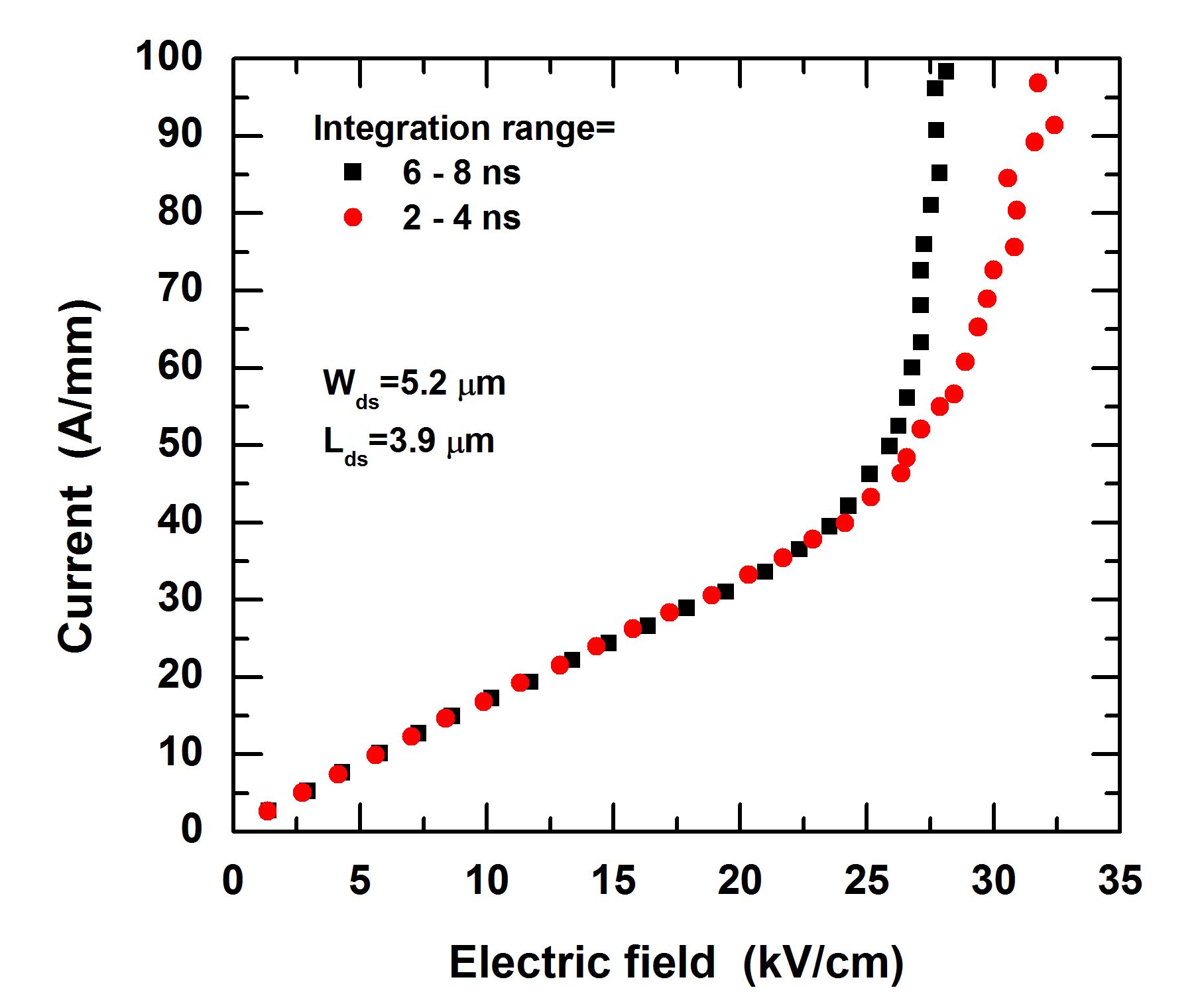 The Institute of Electronic Structure and Laser (IESL) of the Foundation for Research and Technology Hellas has a unique complete III-V microelectronics facility in Greece jointly with the Physics Department of University of Crete.

About the authors
Dr. Ján Kuzmík is a senior researcher at the Institute of Electrical Engineering, Slovak Academy of Sciences and a Head of the Department of III-V semiconductors. He received his PhD degree from Slovak Academy of Sciences in 1991. From 1991-1994 he was a research fellow at IESL FORTH Crete, Greece, involved in the ESPRIT project on technology of III-V microwave circuits and Brite Euram project on SiC devices. He was a JSPS fellow at the Kyoto Institute of Technology, Japan (SiC technology) in the period of 1996-1998. Since 2002 till 2011 he had been with the Institute for Solid State Electronics at the Technical University Vienna where he worked in the fields of electro-optical characterization and thermal effects in GaN HEMTs, III-V device physics, processing and characterization. In 2012 he was an invited professor at the University of Hokkaido, Japan.
Alexandros Georgakilas is a professor in the Physics Department of University of Crete and a collaborating researcher of IESL-FORTH. His current research is focused on the development by Molecular Beam Epitaxy of III-nitride heterostructure and nanowire materials enabling advanced sensors, electronic and optoelectronic devices.
For more info